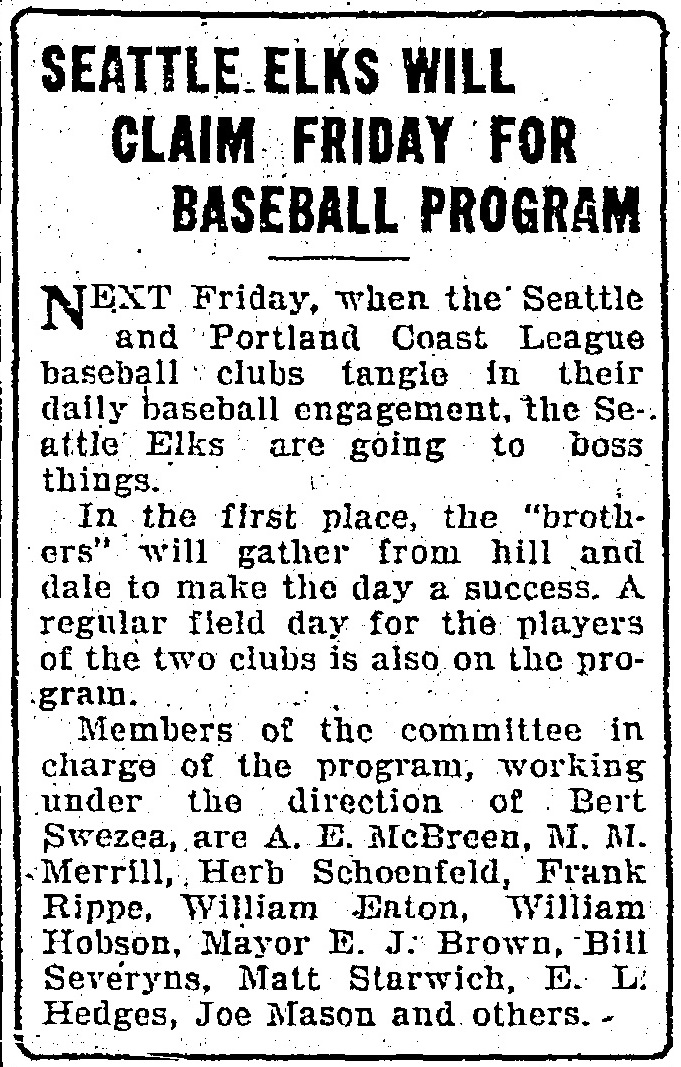 The loss put Seattle down  2 to 3 in the series against Salt Lake, and left the Seattle ball club at 10 wins and 15 losses for the year.

The game featured Ted Baldwin getting the boot from umpire Biff Schaller. Schaller had played some for the 1919 Seattle Indians, when the team returned to the PCL.

Before that, Schaller played for several years with the Seals, and even had some major league experience. He was a backup outfielder for a few games in 1911 with the Tigers, and saw some time in 1913 with the White Sox.  As a total aside, I just noticed that Red Killefer and Bill Lelivelt both played on the 1909 Tigers. Bill is, of course, Jack's brother.

Some other tidbits in the news that day concerned the expensive hands of some PCL fielders, one of whom would prove to be worth quite a bit for Murderers' Row.

While I'm sure most are familiar with Tony Lazzeri, Johnny Frederick had a nice career as well. He finally hit the majors in 1929, joining Tony in New York City, albeit a little further south at Ebbets Field, wearing number 1 for the Brooklyn Robins. He led the NL in doubles with 52 in his rookie year, finishing ahead of the 42 hit by team mate Babe Herman.

Herman, incidentally, was, in 1924, still a year away from a strong year for the 1925 Seattle Indians. Frederick roamed center field between Herman in right that year and Rube Bressler. How many players got to go to work with Babe and Rube?

The year O'Doul hit .398, he closed out the season on a 15 game hitting streak in which he batted .462. One more game that year, and he's probably in the Hall of Fame.

In addition, Mike Sexton was visiting Seattle that week. He was the commissioner of the minor leagues, a position he would hold for 22 years, and had been involved during the off season in settling a dispute in the PCL about the control of the Los Angeles market. More on that later during a road trip to Vernon.

That story also mentions the trip Sexton took to see Daniel Dugdale, and references the Duke and Dugdale battery. I'm guessing this is for the 1889 Minneapolis Millers, for whom Dugdale caught and Martin Duke had a banner year, winning 24 games and striking out 347 batters.

As far as Sexton's story about the origin of organized baseball in Rock Island, I found in Baseball Reference a team from 1883 that was independent, and an 1879 team for Davenport. I am guessing this would be a good lead as far as the origin of that Rock Island team. (okay, I kept looking. I found an obituary on Google News Archive. Sexton was born in 1863, and died in 1937. He was President of the National Association of Professional Baseball Leagues from 1908 to 1933. Baseball Reference shows that as 1909 to 1931, which aligns with another story I saw which said he was the head of the minors for 22 years.)
Simply click on the image at left and it should expand to a legible size. I included the scan of the hair gel ad. I presume this was a popular hair style. 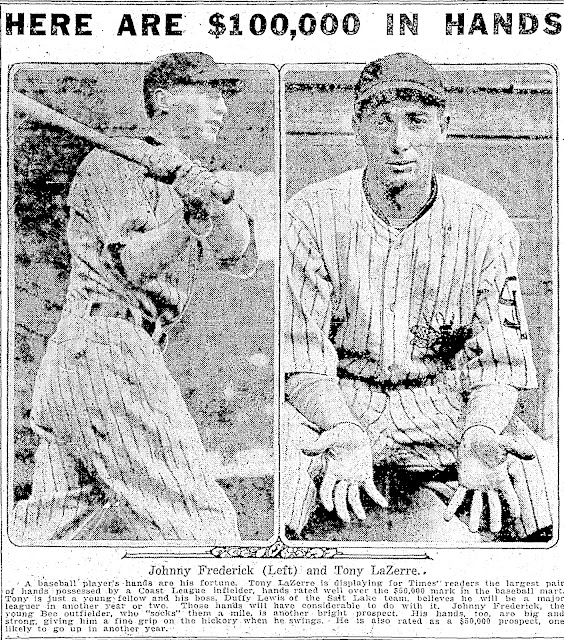 Posted by Mark Brunke No comments:

Mongo only pawn... in game of life